You are here: Home » About us » Organisation & Times

The school is organised broadly into the five key stages:

Foundation Stage (age 3-5)
Class of up to eight pupils on Verbal Behaviour programmes.

Key Stage 1 (N.C. yrs R-2)
This is made up of children aged between five and seven (some children may be four since children are accepted in the year they are five).

Key Stage 2 (N.C. yrs 3-6)
Children are grouped in age and/or ability groups and are aged between seven and 11. As a general rule, children will move up through the classes in order although in some cases children may move up the school without passing through every class.

Key Stage 3 (N.C. yrs 7-9)
Children are grouped according to age and/or ability.

Current section: About us

Also in this section: 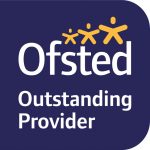